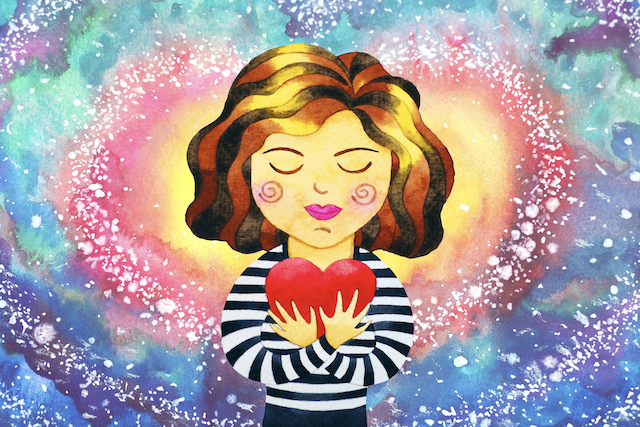 “Forgiveness is not always easy. At times, it feels more painful than the wound we suffered, to forgive the one that inflicted it. And yet, there is no peace without forgiveness.” ~Marianne Williamson

The subject of forgiveness comes up often in conversation, but I find that when it comes to the details of what that truly entails, what that process feels like is not actually talked about.

Over the years, I’ve heard the following statements most often from people when the subject of forgiving someone came up in discussions:

1. “What they’ve done is just wrong! I can never forgive them for that.”

2. “They haven’t earned my forgiveness. There’s no reason for me to forgive them.”

3. “Oh, I already forgave them and let it go. I haven’t told them because we aren’t talking. Why should I be the one to reach out first?”

In 2006, I attended a long weekend workshop with the late Dr. Lee Gibson, where he gifted us one of his brilliant Leeisms: “Forgiveness is erasing a debt you think someone owes you. That’s why forgiveness can feel like it’s costing you something.”

I was blown away.

Yes! I was beginning to understand why it was so hard for me to forgive my parents. I was stuck in the very same mentality of “Why should I?”, “They were clearly wrong!”, and “They haven’t earned it!”

Late one night when I was nineteen, I was assaulted by my father, who lost his temper and self-control. I thought I was going to die that night, because it certainly felt like he was trying to kill me. My younger brother eventually pulled him off me and kept him away long enough for us all to calm down.

I was terrified and didn’t sleep for three nights. I also told myself this was the last time I was going to allow this to happen. I started packing that night and moved out in three days. My parents and I didn’t have a relationship for the next ten years, as my mother stood by my father’s side.

During Lee’s workshop, with a mere group of six attendees that long weekend, we dove into the subject of family dysfunctions and forgiveness. It immediately hit a pain point for me, right in the core.

I fought with him for about forty minutes (I was told later by someone in the same class) in what felt to me like ten minutes—I was passionately immersed in that moment to prove my point and how wronged I was that time. I was at a standstill.

Then he proposed an even more outlandish concept—thanking the people who had wronged us for all the things they’d done right.

I was stirred up a little more, but for some reason was curious to hear more. I needed to understand why he thought it was a good idea, and how exactly it would help me be at peace.

To be honest, I don’t remember all the deep wisdom he had shared as to why. All I remember is that it would create a shift within us if we were open and brave enough to try it, and he encouraged us to share our experience with him afterward.

No way, I thought. Never. Not gonna happen. Forgiveness is one thing, but thanking them was way beyond what I was willing to consider.

I was still stewing about all this a week after the workshop. But my adventurous heart wanted to know what it would feel like if I set aside all that my parents had done wrong and thanked them for all the things they had done right.

I started making a list of some of the things I thought they did right, such as struggling through the hardships of being first-generation immigrants and working day and night to put food on the table and a roof over our heads.

After much thought, with a racing heart and trembling voice, I did the unthinkable—I called my parents one night, out of the blue, to conduct this “social experiment.” I went down my list and thanked them for all the things they did right without mentioning anything that they’d done wrong. They reacted surprisingly well and acknowledged there was a lot they could have done better.

I’ll admit, I tried not to have any expectations, but a part of me was hoping they’d apologize for what they’d done wrong, and they didn’t. I felt surprisingly okay about that after we hung up.

I felt proud of myself for having done that. I felt bigger. I felt more grown up. I felt more empowered to be the bigger person. That was my first taste of offering compassion and gratitude from a place of empowerment rather than martyrdom.

I definitely experienced a shift.

It probably took another five years for me to fully understand and let go of the night of the assault and all the things I thought they could’ve done better. In hindsight, giving thanks was the first step to feeling more of an adult and less of a helpless child in their presence. Being able to give my own parents a pat on the back put me at the same level.

I no longer feel the need to be hopeful that they will treat me a certain way, give me the attention I felt I needed, or make up for what they’d done wrong. I felt more in a position to see them as they are—other human beings also dealing with their own suffering.

As each year goes by, I continue to get to know my parents as human beings and not just as my parents.

I have gradually taken them out of the parental role, as I no longer need them to be, and treat them like any other adult. I have established boundaries with them and began to respect their boundaries too, once I got to know their limitations. And I disengage whenever I feel like our interactions start to redirect toward an unhealthy dynamic.

At some point in my life, I realized forgiveness is truly for my own benefit. Here’s why:

The best closure is always amicable. How many relationships have left us feeling abandoned, confused, heartbroken, and questioning our self-worth? We were often not given a choice in those types of endings. But what if we could actively choose a better way to end a relationship with someone? (Or, like with my parents, begin a new relationship with them.)

While this is a two-way street, we have control over our side. This allows each of us to move on to better future relationships and the next chapter of our lives, without guilt or attachment. A bond with another formed by anger, guilt, or bitterness is an energetic constraint to our own heart and soul.

Whenever we hold onto the victim mentality, we keep ourselves small. When we refuse to forgive, we hold onto the fact that we have been wronged and that we are the victim in that scenario. It’s hard to grow beyond that mindset when we hold onto what hurts us and continue to hold that over those we feel have wronged us.

It may not feel like it right now (I know I certainly struggled with it for a long time), but the first step to feeling empowered is recognizing that we are in the position to forgive, and that is big. Much like extending gratitude, extending forgiveness comes from a higher place. A place where we have the knowledge that we are in a leadership position to forgive and break through the cage we have built for ourselves.

In a way, we’re helping their hearts and souls to move on. We’re here on earth for a short period of time. As cliché as it sounds, the only things that we’ll think of in our last hours are how much we gave, loved, and lived, and what will haunt us is how much we didn’t.

I want to make sure I am free of such torment. And if I could free others of such torment in the process, then it would truly be a win-win, on a soul level.

Forgiveness not only frees us from being permanently tied to those we feel have wronged us; it also releases them from a debt we feel they owe us—a karmic tie I do not wish to adhere to. Only then will we all feel a deep sigh of relief with a freedom to move on to whatever awaits our souls next.

I sent my father a care package last year with a card attached, letting him know that I wish him happiness and health and he is loved and he is forgiven. And now I am at peace.

**I am not suggesting anyone else should thank their abuser. I personally found this helpful and healing, but everyone needs to make their own choice based on what’s best for them.

Olivia (Liv) Wu is a writer, meditation teacher and forever student of the body, mind, spirit connections. She is the creator of Soulove — a mindfulness community focusing on authenticity, emotional mastery and personal development. Liv hopes to inspire a more heart-based society through her work. She believes who we are at our core defines our capacity for joy and purpose, and who we are collectively sets the fate of our planet and the future of humanity.