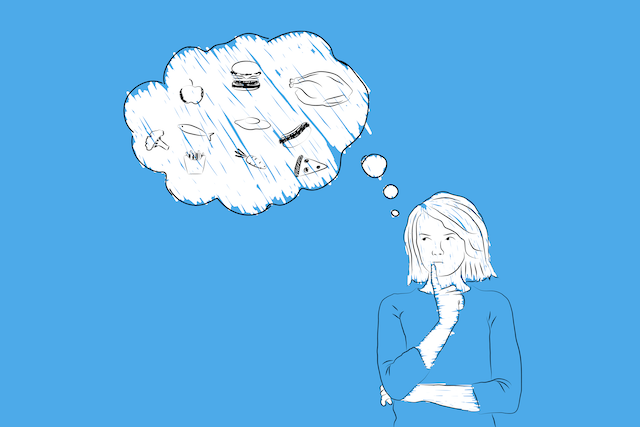 “We eat the way we eat because we are afraid to feel what we feel.” ~Geneen Roth

Sometimes I feel like asking me, a recovering overeater, to work from home is as unreasonable as hoping a sex addict will pen a report from the lobby of a brothel.

Meeting over? Feel relief at no longer being on camera. Eat Wagon Wheel from cupboard.

Worked hard today? Need a reward. Wait, who ate all the kids’ lunchbox treats? Never mind, people, all good: I found the cheese.

This was me when my desk moved from an office full of doctoral researchers to the corner of my living room.

Some people would say I was emotional eating, or “stress eating.”

But I didn’t recognize myself in that description.

Where was the stress? I worked for a university: plenty of holidays, flexible hours.

And although I hated the way I ate, I didn’t feel anything dramatic about work.

Looking back, yeah, I had the odd frustrating collaboration, a smidge of self-doubt, a bit of trying to make myself do a spreadsheet while believing “I’m not a spreadsheet person.”

I treated these low-level doubts and insecurities as insignificant because, like we all are, I was a professional at ignoring them.

What I couldn’t ignore, though, was a twenty pound weight gain.

So I tried to eat better food.

For instance, I banned chocolate from the house, put the kids on school lunches, and got the bread machine making wholemeal bread.

Unfortunately, the problem didn’t vanish: After working my way through a whole fresh baked loaf with butter one rainy Zoomtastic Wednesday in November, I just felt gross and out of control.

Then came the self-criticism. “I’m weak. I can’t stop.” That made me want to eat even more.

I was stuck in a vicious circle. But my vicious circle was like a half-moon: I could only see the half that involved stuffing my face.

Then one day, something happened in my work life that woke me up to what was really going on when I was eating.

At my work, we had to complete an annual professional development review. It was like a form I had to fill out about my strengths, weaknesses, and progress goals that my line manager and I both signed off on.

I put it off. For days, I ate dry granola standing up in the kitchen. I invented a weird mousse, made of creme fraiche stirred with tons of cocoa powder, honey, and lemon essence. I mixed and ate it multiple times a day.

When I finally tried to fill the form out, I fell apart. I felt my weaknesses were so glaring, and that I was such a productivity lost cause, that I cried and cried.

The unavoidable issue was, although I got results by throwing creativity and enthusiasm at my job, I was hopeless with time management and focus.

I phoned my line manager and told him everything (except the food part) in one outpouring.

He was a total star. Kind, receptive, unfazed.

He proposed a new daily practice…

The idea was to plan my time every twenty-four hours, in my calendar.

It was a complete disaster. Every day, I’d veer wildly off-plan.

For instance, I’d aim to spend two hours producing slides for a presentation but end up reading research papers. Then I’d do my best work for the half hour before school pick up and arrive to the school gate late again.

Luckily, writing on my daily schedule became my new favorite procrastination tool: Even if I’d done nothing, at least I could evaluate why.

So I started noting, alongside my schedule, what I actually ended up spending my time on.

And I didn’t just write down the activity, either; I went further. I wrote my rationale for getting sidetracked.

For each sidetrack, I wrote down the exact words I’d been inwardly telling myself, to make whatever had overtaken the priority seem so important in that moment. (My manager never saw this part, so I could be really honest with myself).

And there they were, in black and white! All the visits to the kitchen. All the thoughts and feelings behind the eating, made visible.

Since this was about time management, it gave me some objectivity on the eating issue.

This time-tracking activity was surfacing data about my eating behaviors, but unlike other attempts to track my eating, this time it wasn’t about my body, my weight, or my self-worth. Cold, hard info neutralized my outrageous, shameful eating habits just enough for me to be intrigued by what the hell was going on in my head.

That information led me to these learnings that I’m about to share with you.

Insights that completely revolutionized my emotional eating. I’m going to show you a perspective shift, an understanding, a tool, and a strategy.

These four things completely took me by surprise but had been under my nose all along.

Tools that help me to continue to unlearn my emotional eating as it relates to work.

Simple techniques that have helped me get healthier and more productive, and waste less of my energy hating myself for having snacked randomly all day.

So, if you’re feeling like food is calling you from the kitchen all day long, and you fear you’re just someone who needs to be in an office to function, think again.

These discoveries are going to help you let go of your urges and make all working environments an option.

Seriously, if working at the kitchen table can be safe and doable for me, it can be for you too.

1. A perspective shift: People don’t make you feel things; your thoughts do.

Some days, I blamed my boss for my eating.

For instance, she’d pick holes in my idea… I’d feel discouraged… Damn, now I’d polished off half a loaf of banana bread.

But she didn’t make me feel bad; my thoughts did.

I was making her criticism mean something about me: “I’m useless at my job and I’ll never get recognition.”

Until I wrote them down, those sentences ran all day beneath my awareness, so of course I felt inadequate and cheesed off!

We don’t notice our thoughts until we externalize them by speaking them out loud, or writing them down.

We swim around in them all day. It’s like being a fish that doesn’t know it’s in water.

2. An understanding: Feelings are physical.

When I felt tempted to go to the kitchen, it felt like a physical compulsion to walk there.

I realized that feelings like urgency and self-doubt make my body especially restless. Jittery, insecure.

With a feeling coursing through me, my body literally did not want to stay seated at my desk. It wanted me to walk, move, shake off the crawling feeling.

That’s when the penny dropped that all emotions are bodily experiences.

Not just the extreme emotions: butterflies in your tummy, needing the bathroom before appearing on stage, or feeling like you’ve had a double espresso when you’re in love.

But also, low-level challenging emotions that normally reverberate in our bodies but are somewhat under our radar: boredom, confusion, slight overwhelm.

3. A tool: Change your thoughts on paper.

So now that I was noting my justifications for going to the fridge, I could see that my body’s restlessness was ramped up and my eating was given the go-ahead by the exact sentences I was running in my head.

Let me show you an example.

Thoughts about the task: “I don’t know where to start.” “This communications plan is just a formality; nobody will read it.” Feelings: Daunted. Hopeless. Draggy low energy. Justification for eating dark chocolate: “I’m tired, this’ll wake me up.”

With this understanding, I was able to make changes before the urge to eat even arose.

Instead of thinking downer thoughts and then believing food would pick me up, I could purposely say more encouraging sentences to myself to create motivated and confident feelings.

Except how? How could I think a new thought? Um, just think it?

Since writing things down was working for me, that’s what I kept doing.

I remembered revising for exams, when writing things over and over was my go-to revision method.

“Getting this done now will make my future life simpler.”

“I’m phenomenal at coping with my workload.”

Try writing it down right now!

“My work is a valuable contribution to the world.”

Imagine believing that was true.

When I discovered that, I was like: Mwah ha ha ha! I have the power to control my feelings!

4. A strategy: Surf your urges.

Journaling helped me nip some of my triggers in the bud.

But what about when I was already in the kitchen, or boiling the kettle, and the urge to browse the cupboard was already upon me?

Once an urge had hit me, I felt like eating was the only way to quiet it.

But now I had a new perspective on emotions as being physical, and I realized that urges are the same. Urges are just emotional desire. Restless desire in the body.

I also realized that I already let urges and desires come and go every day without acting on them.

For instance, I hadn’t acted on the urge to send a sweary, irate email to management for making me repeat an onerous online training I had done twelve months earlier. No brainer: Being rude would cost me my livelihood.

I just composed it in my head, had a rant to my husband, and then it passed. My body was inflamed with it for a bit, but after a while the sensation subsided.

So I wondered: What’s the equivalent for the urge to eat?

I noticed: When I have the urge to eat, my neck feels tight. I feel unsettled. Graspy.

It’s laughable really. When I feel compelled to satisfy an urge to go eat peanut butter on toast, I really just want to dissipate a fleeting tension in my neck?

The even better news is, after a few days of letting urges come and go, they stopped coming so thick and fast.

So, friend, you don’t need to go back to the office to escape your compulsions.

And there’s nothing wrong with you for having them.

Our brains form habits to help us get through the day. They are just learned ways of coping with the emotional terrain of working life, and if I can learn better ways of coping, guaranteed you can too.

We put a lot of ourselves into our work lives, and work requires more of us emotionally than we give ourselves credit for.

It takes intentionality not to use food, Netflix, checking Facebook, and anything else that’s easy and mind-numbing not to take the edge off the tougher feelings, and there’s nothing wrong with that.

It takes a willingness to feel our feelings bodily, which is a skill we can cultivate.

So please go easy on your lovely, hard-working soul. Be patient. You’re doing a great job of being you.

And next time you’re staring vacantly into the cupboard while the kettle boils, remember you’re not alone. I’m learning this too.

If You’re Feeling Judged: One Thing You Need to Understand 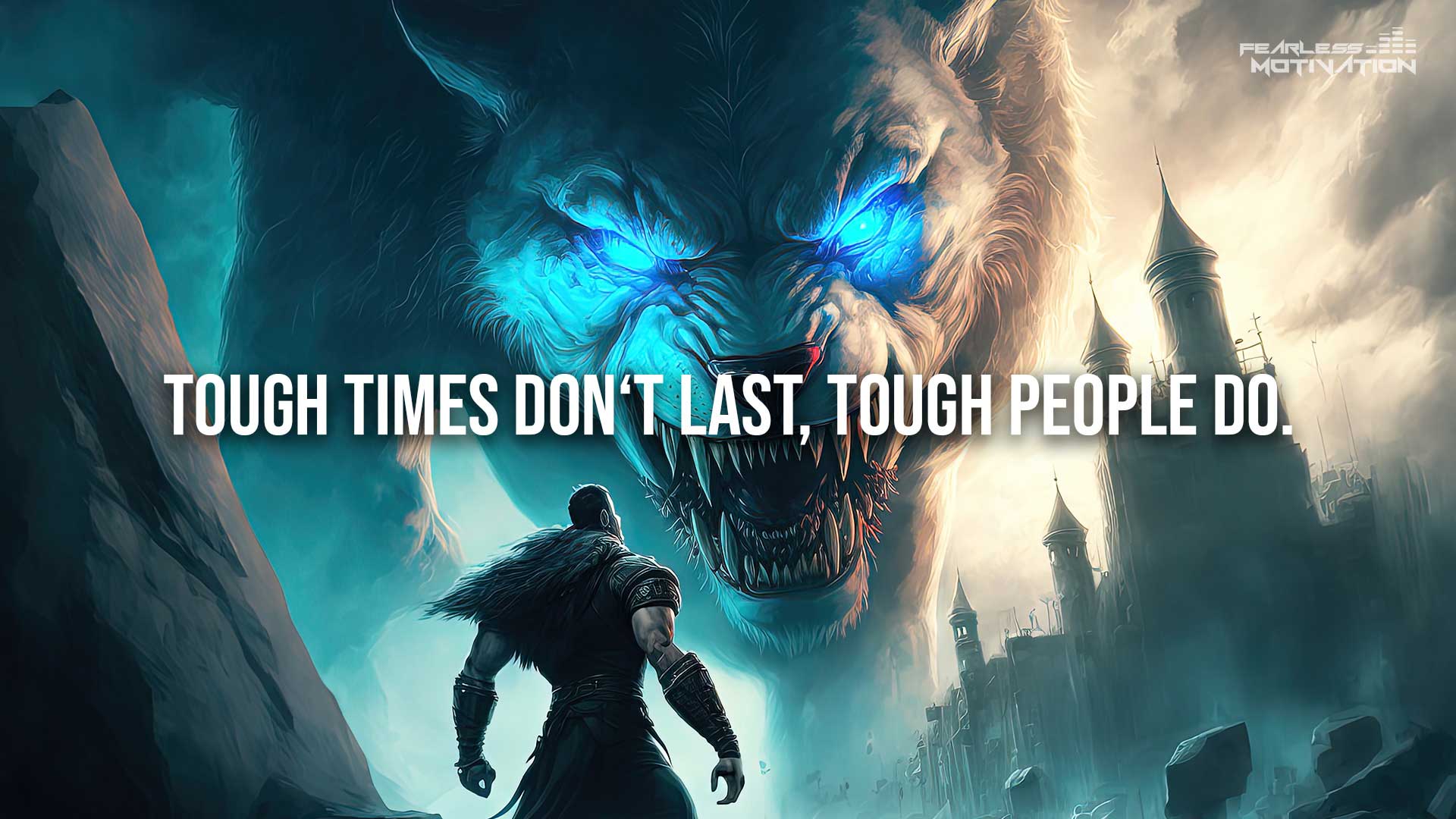 How I Stopped Feeling Embarrassed and Ashamed of Being Single 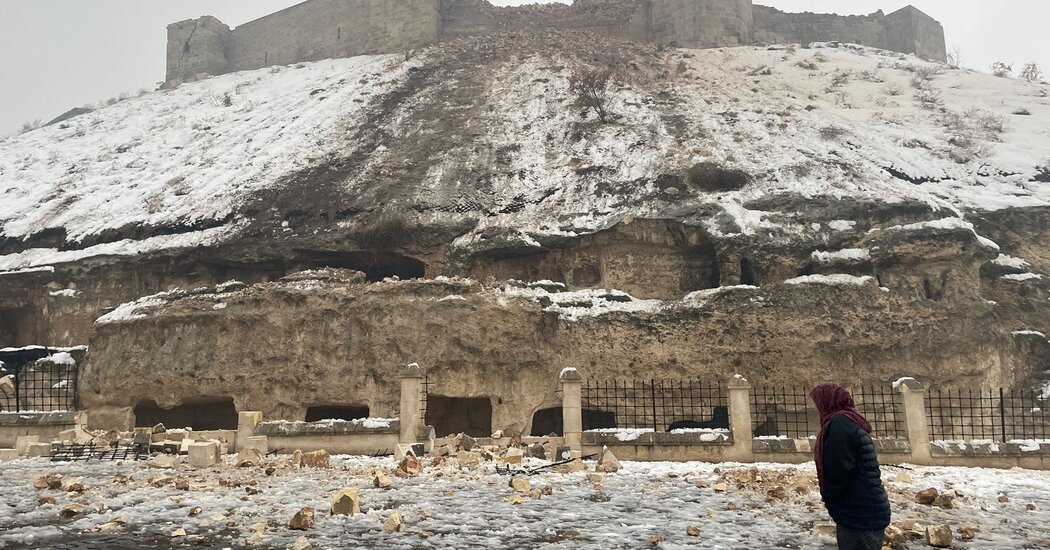 Parts of Ancient Gaziantep Castle Collapsed in the Earthquake in Turkey 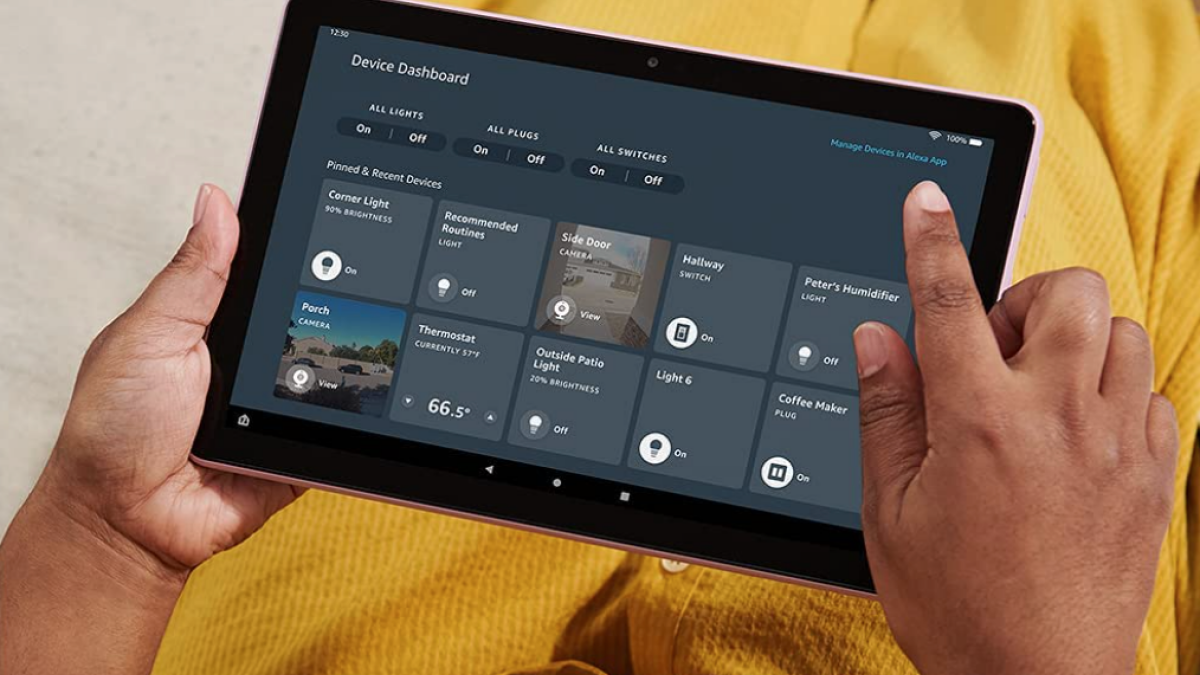 Best Amazon Fire deals: Get a tablet up to 40% off 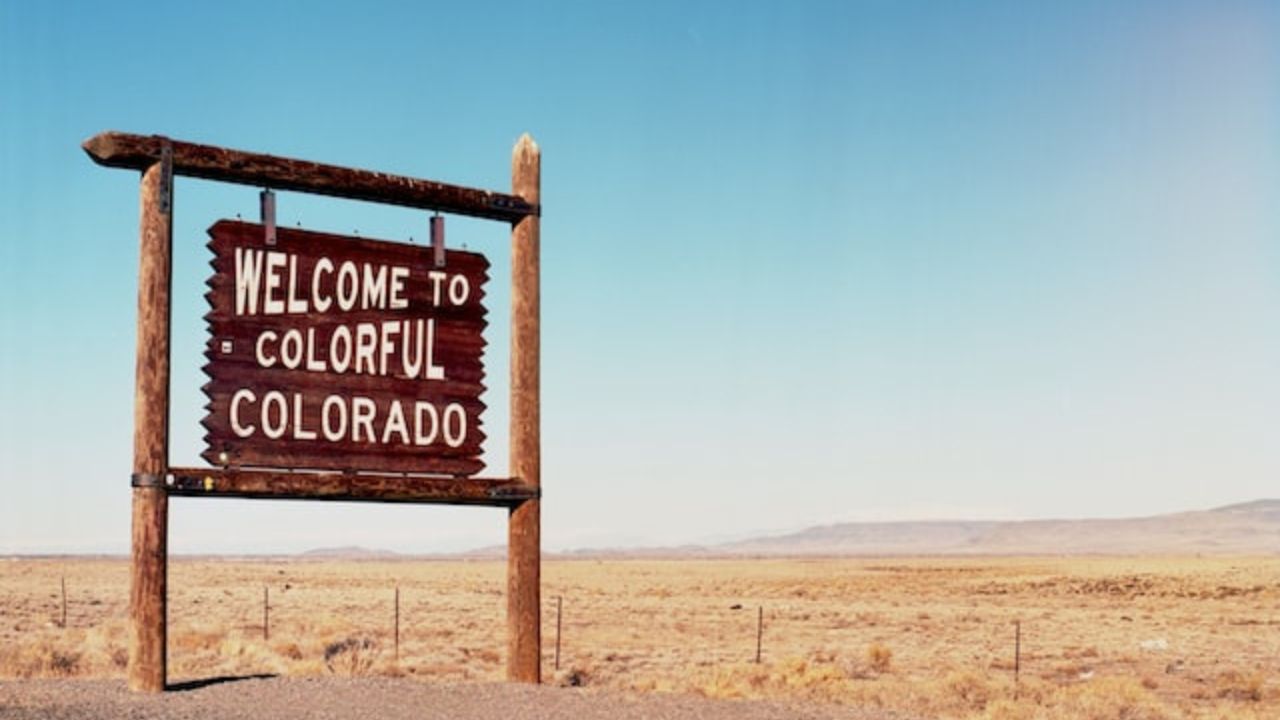 Safest Cities to Live in Colorado 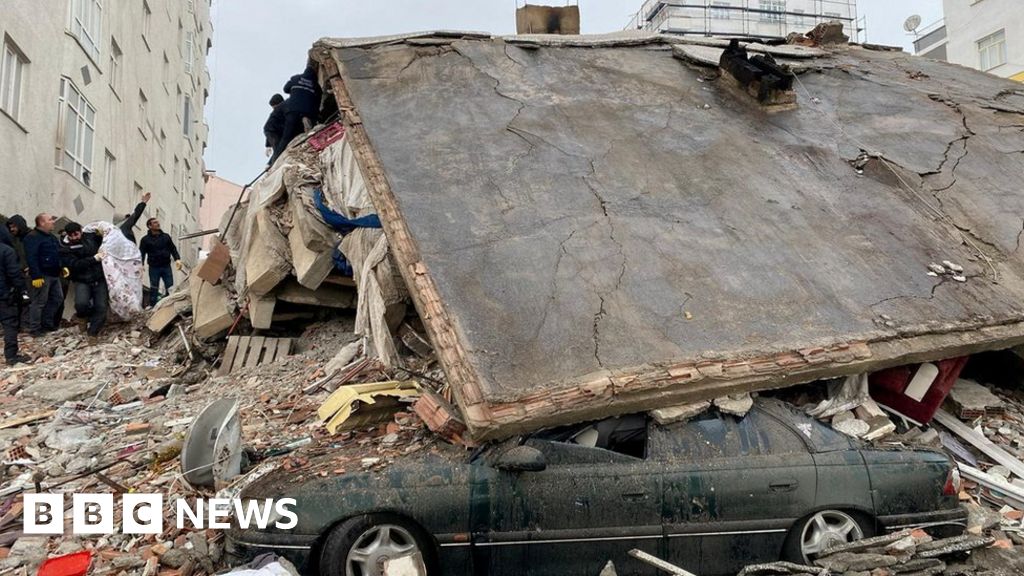 Turkey earthquake: Screaming, shaking… how it felt when the quake hit 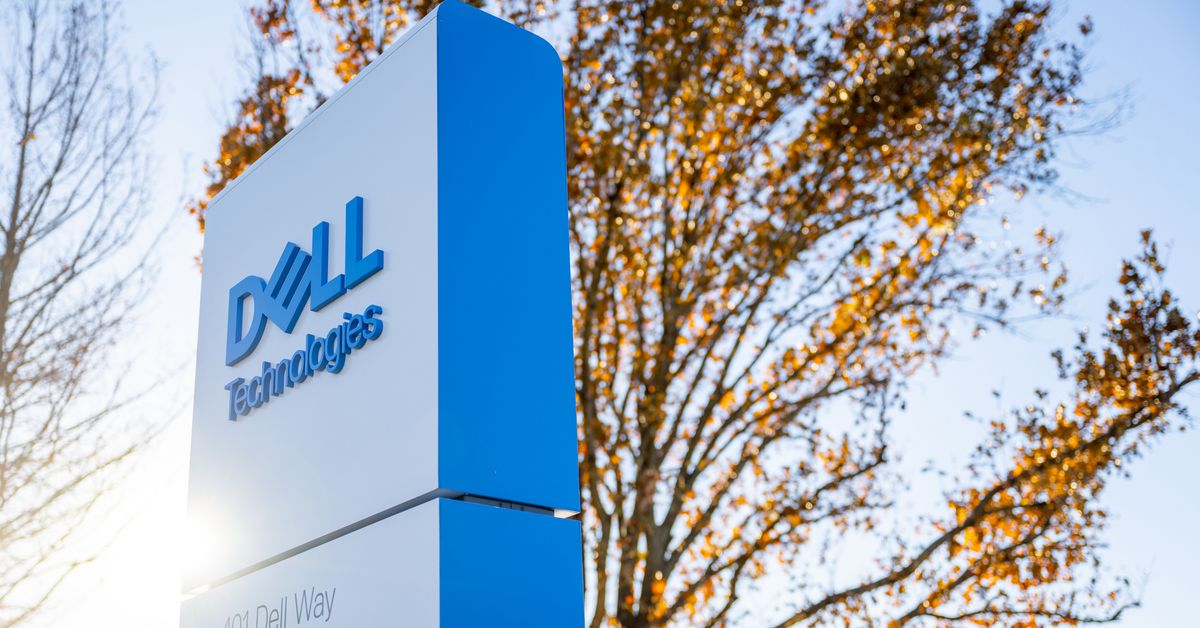 Dell to layoff 6,650 employees as demand for PCs plummets

If You’re Feeling Judged: One Thing You Need to Understand

Net Asset Value Per Share (NAVPS) Performance (as of February 6, 2023)